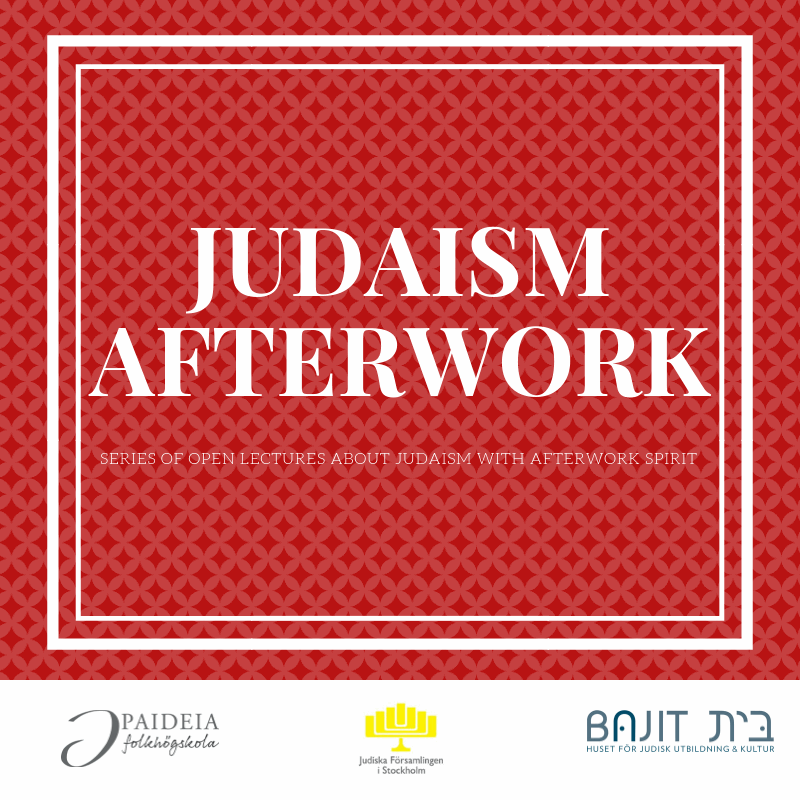 Judaism After Work - Time for Levinas

February 11, we continue with Judaism Afterwork – a series of open lectures in ”afterwork spirit” with Dr. Yael Lin.

This lecture will focus on the notion of time presented by Emmanuel Levinas, one of the most prominent and influential Jewish thinkers of the 20th century. The notion of time is fundamental to the development of every key theme in Levinas’s thought — the idea of the infinite, the issue of the alterity of the other, the face of the other, the question of our ethical relations with other people, the role of fecundity, speech and language, and radical responsibility.

At each period of his work Levinas offers a different perspective of time, but they all develop from the same goals: going beyond the present, transcending the temporality of the individual, and describing time as constituted when the subject is interrupted by the Other. By examining a concrete example and scene the lecture aims to unveil the main ideas of Levinasian time.

Dr. Yael Lin teaches at both Ben-Gurion University and Achva Academic College, and is the pedagogical consultant for the Department of Learning Technologies at Ben-Gurion University. She is the author of The Intersubjectivity of Time: Levinas and Infinite Responsibility (Duquesne University Press, 2013), Time and Human Existence: Aristotle, Bergson, Heidegger, Levinas (Resling Publishing, forthcoming), and the editor of Levinas Faces Biblical Figures (Lexington Books, 2014).