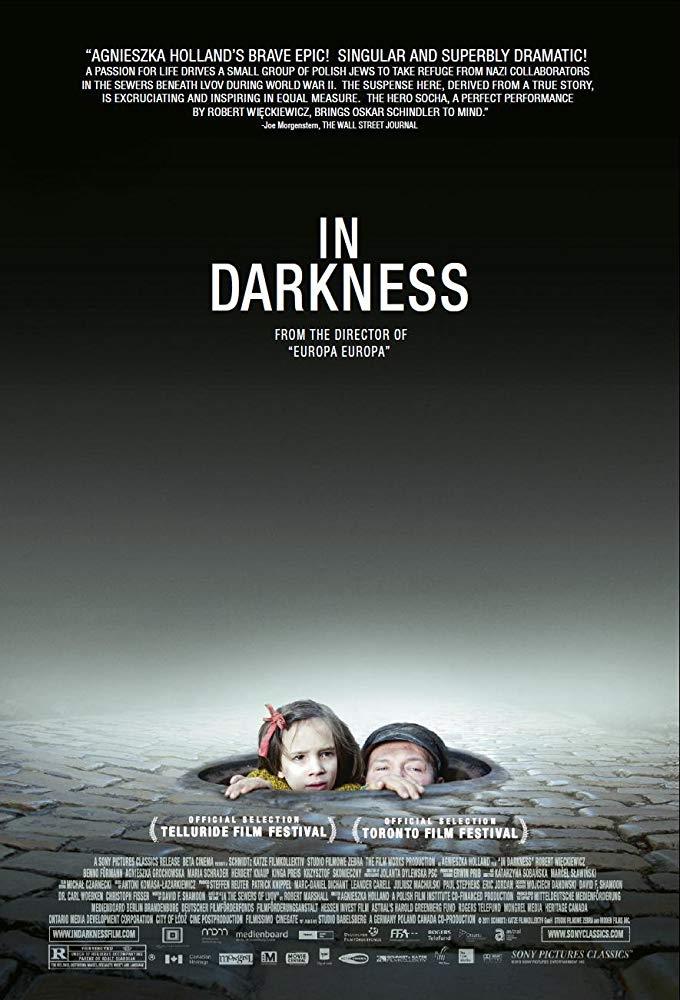 In Darkness  - a movie by Agniezska Holland

September 1, 1939, Second World War started when Nazi Germany attacked Poland. To commemorate the event that happened 80 years ago, we will screen the movie by Agniezska Holland – “In Darkness”. In Darkness (Polish: W ciemności) is a 2011 Polish drama film written by David F. Shamoon and directed by Agnieszka Holland. Based on true events during Nazi German occupation of Poland, the film tells about Leopold Socha, a sewer worker in Lwów.  He used his knowledge of the city's sewer system to shelter a group who had escaped from the Lwów Ghetto during the Holocaust in Poland.